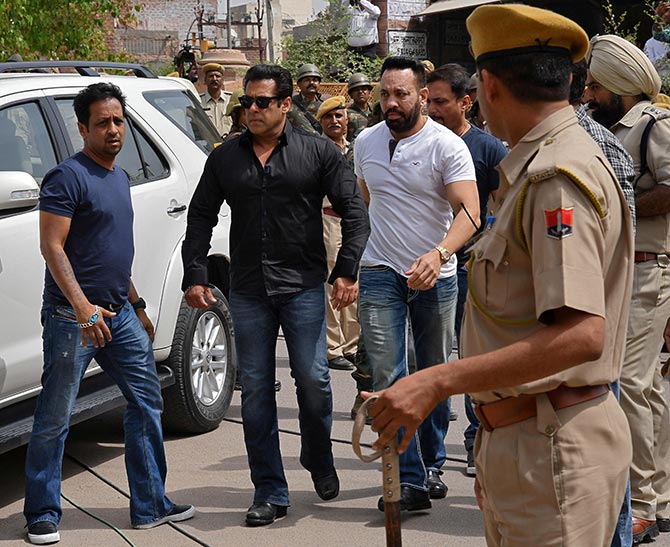 A Jodphur sessions court on Saturday ruled that Salman Khan will need to seek its permission every time he has to travel abroad. The ruling came as a development in the blackbuck poaching case against the actor. The order came following an application by the 52-year-old's lawyers asking for an exemption from seeking permission for foreign travel.
Another plea by the actor, seeking permission for travel to Abu Dhabi and Malta from August 10 to 26 for a shoot, is still pending before the court.
Salman Khan was on April 5, 2018, convicted and sentenced to five years imprisonment after being found guilty of killing two Blackbucks in Jodhpur during the shooting of his 1998 movie 'Hum Saath Saath Hain'. The 'Bharat' star was later granted bail after spending two nights at the Jodhpur Central jail.
Salman's 'Hum Saath Saath Hain' co-stars- Saif Ali Khan, Neelam, Tabu and Sonali Bendre, and Jodhpur resident Dushyant Singh - were all acquitted due to lack of evidence.
« Back to LIVE