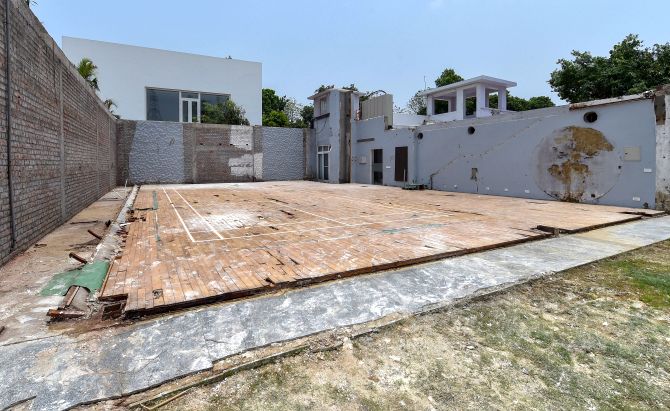 A probe by the Public Works Department has revealed that the damages at Akhilesh Yadav's government bungalow in Lucknow, which he vacated in June, cost Rs. 10 lakh to the state exchequer.
The 266-page report, submitted by the PWD to Uttar Pradesh government on Thursday, extrapolates that most of the disfigurement in the state property was caused to tiles, sanitary and electrical equipment fitted in the house.
Uttar Pradesh Governor Ram Naik, in June, had instructed Chief Minister Yogi Adityanath to order a probe against the Samajwadi Party leader for leaving the government property disfigured.
When Yadav became chief minister in 2012, he was allotted a bungalow at Lucknow's Vikramaditya Marg, which he retained after his party lost state assembly elections in 2017.
But in May this year, the Supreme Court held that former chief ministers of Uttar Pradesh cannot retain government accommodation after demitting office. The ruling forced Akhilesh Yadav to vacate the bungalow.
Soon reports emerged, alleging Yadav of dismantling the palatial house out of jealousy, a charge that the 46-year-old leader denied.
-- ANI
« Back to LIVE