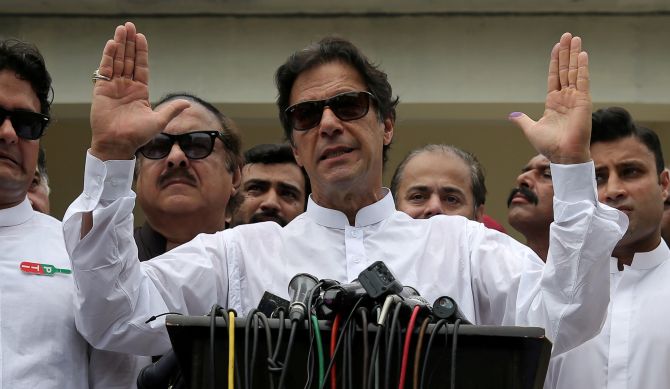 No foreign leaders will be invited for PTI chief Imran Khan's swearing-in ceremony as the prime minister of Pakistan, says the country's foreign office.


This ends speculation on whether Khan would invite PM Narendra Modi for his swearing-in ceremony and whether he would attend.

Khans Pakistan Tehreek-e-Insaf emerged as the single largest party in Pakistans National Assembly after the 25 July general elections but it is short of numbers to form the government on its own. The PTI is said to be in talks with other political parties and independents join its ranks to make up the numbers for a coalition government.


Sidhu held a press conference today accepting Khan's invite and said it was a huge honour for him.