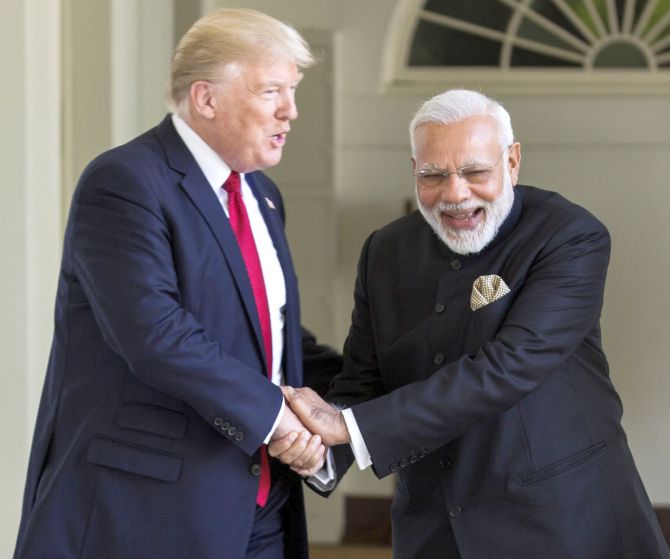 White House press secretary Sarah Sanders on India's invite to US president Donald Trump as the chief guest on Republic Day. Sanders confirmed the invitation had been extended, but no decision has been made. "Secretary Mattis and Secretary Pompeo will be in India next month and will begin discussion for a potential visit next year," she said.


The Narendra Modi government has invited US President Donald Trump to be the chief guest for next year's Republic Day parade. The invite was sent out in April.


In 2015, the then US President Barack Obama was the chief guest during the Republic Day celebration. It was also the first R-Day celebration during the Modi regime. If Trump accepts the invitation, this could be touted as India's biggest foreign policy coup in the past few years.
« Back to LIVE