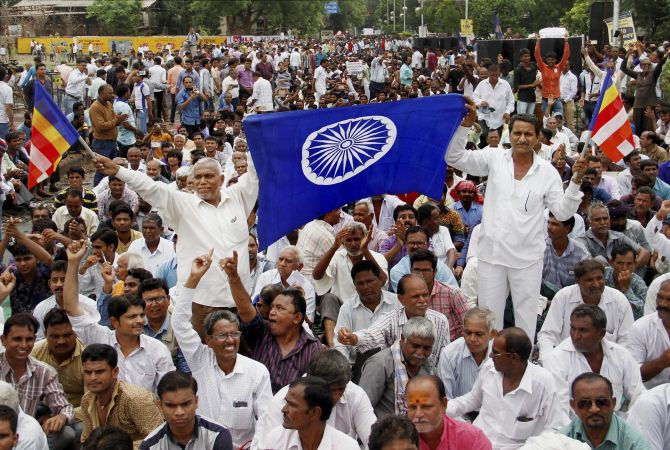 The government intends to pass a bill in the current Parliament session to restore the original provisions of a law on atrocities against SC/ST people, Home Minister Rajnath Singh said today.


As the Opposition criticised the government for not taking action to restore the provisions which were struck down by the Supreme Court, Singh told the Lok Sabha that the Union Cabinet has already cleared a bill in this regard.


The bill to restore the original provisions of Scheduled Castes and Scheduled Tribes (Prevention of Atrocities) Act was approved by the Cabinet on Wednesday, acceding to a key demand of Dalit groups ahead of their call for a 'Bharat Bandh' on August 9.


Raising the issue during the Zero Hour, Congress leader Mallikarjuna Kharge said the Supreme Court judgement regarding the Act was "very dangerous" for the SC/ST people. In a ruling in March, the Supreme Court had introduced safeguards against arrests, which Dalit leaders and organisations said diluted the Act and rendered it toothless. -- PTI
« Back to LIVE