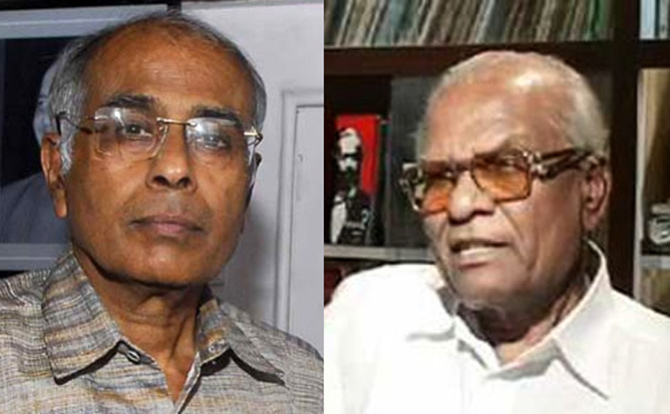 The Bombay High Court on Thursday rejected the status report filed by the Central Bureau of Investigation and Special Investigation Team in the Narendra Dabholkar and Govind Pansare murder cases.


The court also criticised the agencies for submitting similar reports every time as status reports in the matter.


Dabholkar was murdered by unknown bike-borne assailants on August 20, 2013, in Pune, while he was returning home from a morning walk.


A CBI investigation is underway in the matter and is being monitored by the Bombay High Court. However, no major breakthrough has taken place in the case so far despite several warnings and deadlines front the high court.


After Dabholkar's murder, another rationalist, MM Kalburgi, was murdered in Karnataka's Dharwad district two years later.The investigation had earlier revealed that there was a similarity of modus operandi in both the murders and were reportedly committed using the same weapon.
-- ANI


Image: Rationalists Narendra Dabholkar and Govind Pansare
« Back to LIVE