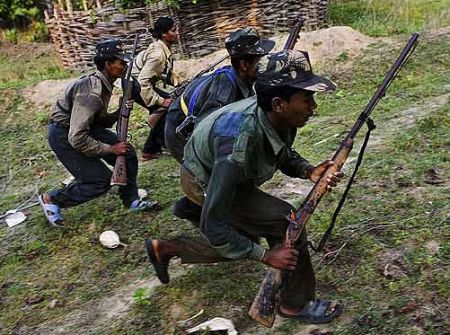 At least 37 Naxals have been killed in Gadchiroli district in two encounters that have taken place in as many days. After Sunday's encounter, where 31 Naxals died, six more were killed by security forces at Gadchiroli's Jimalgatta forest area on Monday. Said to be the biggest encounter in Maharashtra yet, all the bodies have been recovered from different locations in the district during the past 36 hours. The encounter first broke out in Etapalli's Boriya forest area on Sunday morning after a team of C-60 commandos, following specific inputs, was dispatched to the area. The exchange of fire took place after the police team was fired upon and they retaliated. -- ANI