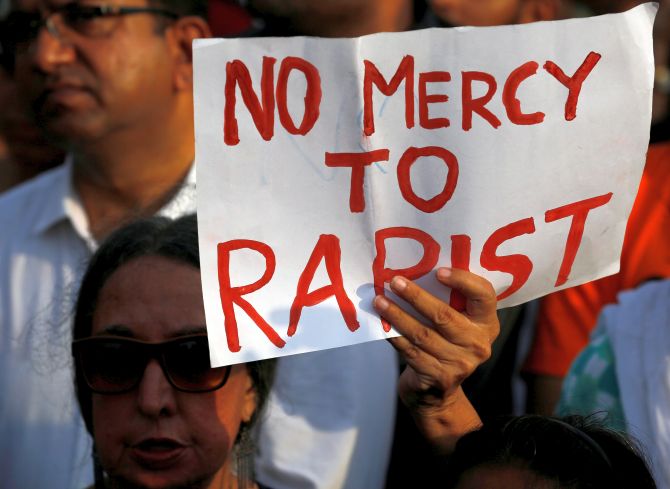 A policeman and an SPO arrested in connection with the Kathua rape-and-murder case have moved the Jammu and Kashmir High Court seeking a fresh CBI probe into the matter and quashing of the investigation by the crime branch of the state police.


Sub-Inspector Anand Dutta and Special Police Officer Deepak Khajuria were arrested for allegedly destroying evidence related to the rape-and-killing of an eight-year-old girl in the state's Kathua district. Khajuria was also allegedly involved in the gang-rape of the girl.


A petition was filed in the high court in this regard yesterday by their counsel Veenu Gupta. The petitioners pleaded that the crime branch probe be quashed as it had been shifted on three occasions from the local police to it, and finally to a Special Investigation Team. It is strange that a policeman, who was involved in a rape and murder case a few years ago and evaded arrest for three years despite being a officer, was a member of the SIT, the petition said. The officer's subsequent acquittal in a trial court for lack of evidence is a matter of record, it said.


Despite the sensitivity of the case, he is member of the probe panel, the petitioners said, while pleading for a fresh CBI probe in the case. The petition said there were "huge differences" in the post mortem and forensic reports and stated that the crime branch probe was "incorrect". -- PTI
« Back to LIVE