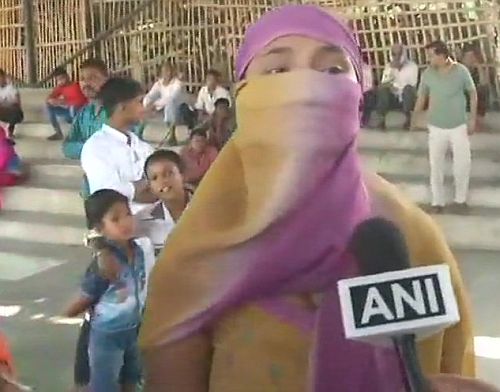 Unnao rape: The victim, speaking to ANI, said that Kuldeep Singh (Sengar, the BJP MLA) has not yet been arrested. "I don't know if his brother is arrested. I demand that they be hanged till death. They've made my life miserable. I want justice. They killed my father," she said.

The brother of the rape-accused BJP MLA, was arrested in Unnao early today, police said. According to a police spokesperson, a crime branch team arrested Atul Singh Sengar, on the directions of the state police chief.


An 18-year-old woman alleged that she was raped by BJP MLA Kuldeep Singh Sengar and his brothers.


Yesterday, her father died in custody in Unnao, prompting her to charge that he was killed inside jail at the behest of the lawmaker.


Pappu Singh, around 50, was rushed to a hospital from the district jail on April 8 and died during treatment yesterday, Superintendent of Police, Unnao, Pushpanjali had yesterday said.


Four accused -- Sonu, Baua, Vinit and Shailu -- named in the FIR registered on April 4 for beating up Pappu had been arrested.


The complaint was lodged by Asha Singh wife of Surendra Singh alias Pappu. Pappu was arrested on April 5 under the Arms Act after he was allegedly beaten up by Anil Singh, the MLA's brother. Makhi police station SHO Ashok Kumar Singh had been suspended. -- PTI
« Back to LIVE