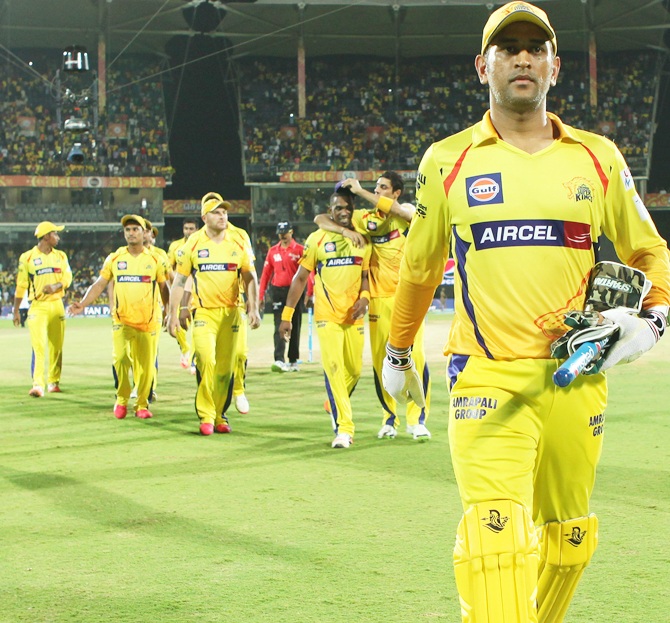 In an unsavoury incident, a couple of miscreants were today detained by the police for hurling a shoe at India international Ravindra Jadeja during an IPL match between Chennai Super Kings and Kolkata Knight Riders.
The incident happened in the eighth over of the KKR innings.
The unidentified protestors hurled shoes at Jadeja, who was stationed at long-on. The footwear missed the player fell near the boundary rope as Du Plessis and Lungi Ngidi were taking a stroll.
The match was preceded by massive protests from various groups and activists due to Cauvery water dispute prompting IPL governing council chairman Rajeev Shukla to seek government intervention.
The two persons detained by the police for their involvement are allegedly a part of actor-director Seeman's Naam pro-Tamil outfit Tamizhar.
Naam Tamizhar leader and film personality Seeman, film-maker Bharathirajaa and scores of activists were taken into custody by the police, who had a tough time managing the ever increasing number of protesters.
Hundreds of activists of outfits like TVK, Naam Tamizhar and Viduthalai Chiruthaigal Katchi (VCK), besides some Muslim groups blocked roads at the arterial Anna Salai and TTK Salai, hugely affecting traffic movement, police said. -- PTI
« Back to LIVE