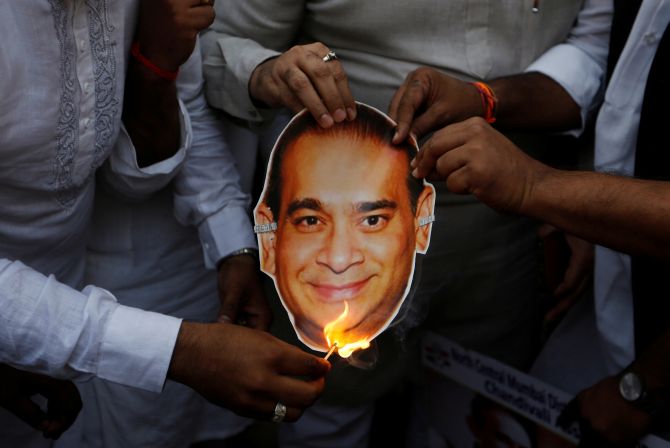 The Supreme Court on Monday will hear the plea filed by a lawyer seeking SIT probe into the alleged Punjab National Bank scam case.


The warrants were issued after a special CBI court in Mumbai allowed it.The PNB in February detected the multi-crore scam, wherein Modi and Choksi had allegedly cheated the bank to the tune of Rs 114 billion, with the purported involvement of a few employees of the bank.


The scam, which reportedly began in 2011, was detected in the third week of January this year, after which the PNB officials reported it to the concerned agencies.


The Enforcement Directorate registered a money laundering case against Modi and others on the basis of a Central Bureau of Investigation FIR.


Currently, the probe agencies are investigating the matter and have also seized many properties of Modi and Choksi. -- ANI
« Back to LIVE