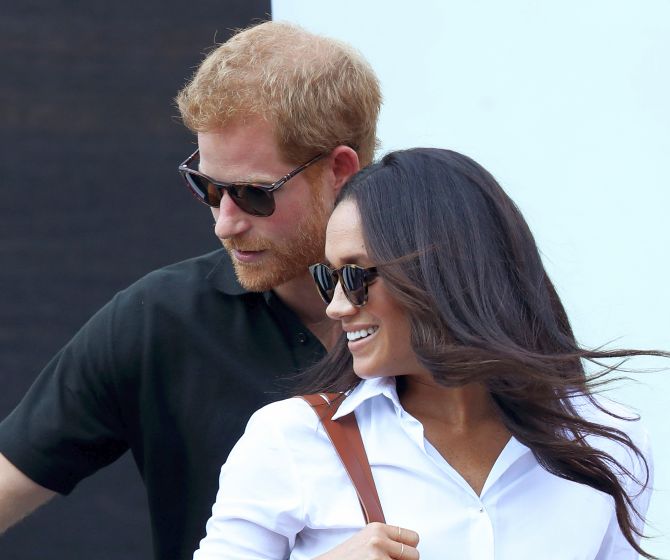 Prince Harry and Meghan Markle have asked their wedding guests to donate money to seven charities, including Myna Mahila Foundation which supports women in Mumbai's urban slums, instead of traditional wedding gifts.

Myna deals with the issue of menstrual hygiene management at its roots.

Working within Mumbai's Govandi slum dwellers communities, Myna is helping to raise awareness around menstruation and in bringing affordable sanitary products directly to the women in need.

'Prince Harry and Ms Meghan Markle are incredibly grateful for the goodwill they have received since their engagement, & have asked that anyone who might wish to mark the occasion of their wedding considers giving to charity, instead of sending a gift,' a post shared on Kensington Palace's verified Twitter account read.

The couple, who will marry on May 19 at St George's Chapel in Windsor, have personally chosen the seven charities which support areas they are passionate about.

The Palace said that Harry and Markle do not have any formal relationships with the charities chosen, but they are keen to 'amplify and shine a light on their work'.

'Myna Mahila Foundation is honoured to be one of seven charities chosen to benefit from donations marking the wedding of Prince Harry and Ms. Meghan Markle,' the foundation posted on its official website.

Markle, who visited India in 2017, had met the founder of Myna Mahila Foundation, Suhani Jalota.

The two had discussed about empowering and employing poor women in Mumbai. Markle had also listed Suhani, alongside Toni Morrison and Julia Roberts, among the ten women who changed her life.  -- PTI
« Back to LIVE