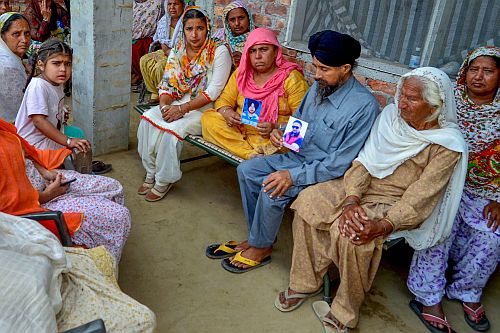 The mortal remains of 38 out of 39 Indians, who were killed in Iraq, are due to reach India by late Monday.


Minister of State for External Affairs V K Singh, who left for Mosul on Sunday, informed that one man's remains would not be brought as his case was still pending.


On returning, Singh will travel to Amritsar and Patna to hand over the mortal remains to the respective families of the victims.


On March 20, External Affairs Minister Sushma Swaraj informed the Rajya Sabha members in the Parliament that the 39 Indian nationals, who went missing in Mosul in 2014, were killed by the terror outfit Islamic State.


The 39 persons, most of whom hailed from Punjab, were working on projects near Mosul when they got kidnapped. -- ANI


Image: Family members of some of the 39 Indians at a village in Amritsar. Photograph: PTI Photo
« Back to LIVE