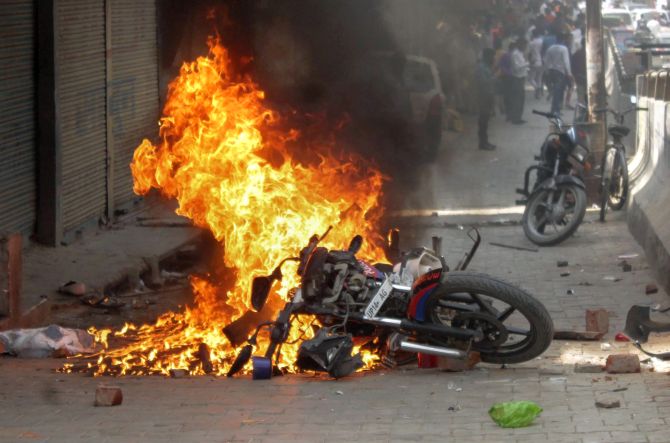 The Uttar Pradesh Police has said that a former Bahujan Samaj Party MLA was the 'main conspirator' behind the violence that erupted in Meerut during protests against the Supreme Court's order on SC/ST Act on Monday.

"He is the main conspirator of this violence and we have detained him," Saini, SSP said.

"More than 200 people have been detained and we are getting cases registered against them. All conspirators and hooligans involved in anti-social activities will be booked under NSA," Saini said.

BSP supremo Mayawati, while condemning the violence during the protests, said that 'anti-social elements were sent to incite violence'.

"Strict action should be taken against those who spread violence during the protests," she said.   -- ANI
« Back to LIVE