« Back
Were asked to target public buildings in Malwa if Ram Rahim was convicted, admit Dera followers
September 05, 2017  10:42 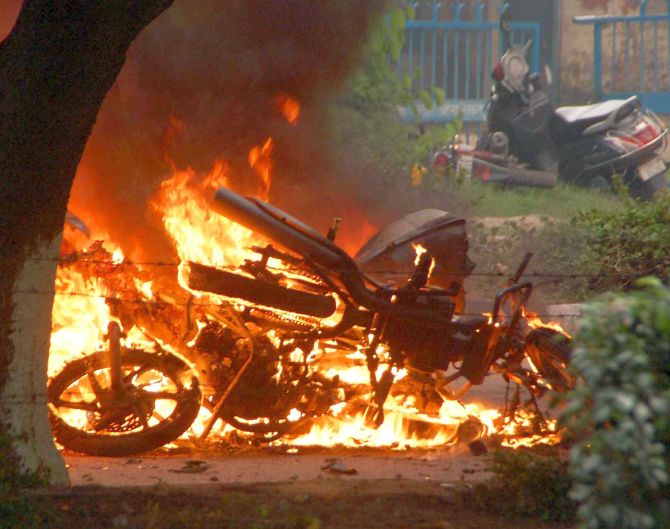 Two Dera Sacha Sauda followers, who were arrested by the Sangrur district police of Punjab on Sunday for spreading violence following the verdict of rape-convict Gurmeet Ram Rahim Singh, have reportedly admitted that they had been directed to target public buildings in the Malwa region if the Panchkula court did not rule in their chief's favour. Read more
« Back to LIVE