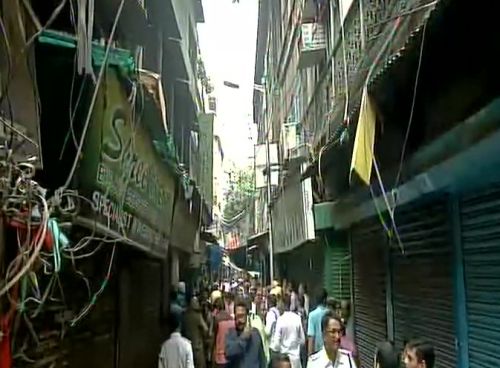 A four-storey dilapidated building in the Posta area of central Kolkata collapsed today, killing one member of a family and grievously injuring two others, police officials said. The three were trapped inside a room when the building collapsed, they said.

They were taken to the Calcutta Medical College Hospital where doctors declared one person as "brought dead". The injured, who are in a critical condition, were admitted to the hospital. It was not immediately known how they were related, and if there were others in the building.

The police said people were living there even after it had been declared a "dangerous structure" by the Kolkata Municipal Corporation. The area was cordoned off and the building evacuated, they said.
« Back to LIVE