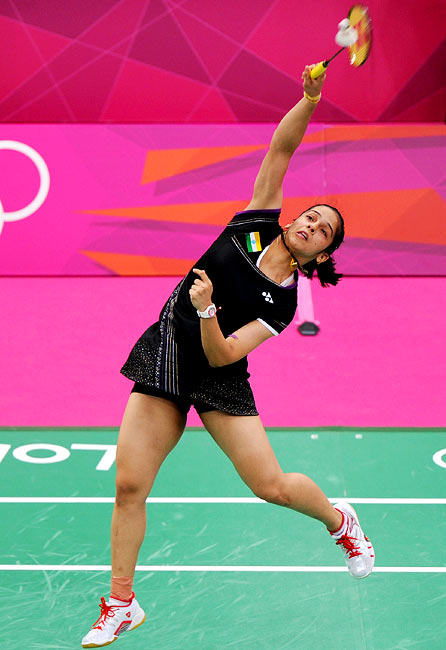 Three years after parting ways, Saina yesterday announced her reunioun with Gopichand and said she is looking forward to training at his academy beginning on Thursday.

"I feel when we spoke things went very smoothly and there was no discussion of past. For now, we have buried our past differences. We are now only looking forward to the training," Saina, who won a bronze at World Championship, told PTI. "I would like to start training first, the fire to win is there and I would definitely try my best. I'm keen to qualify for year-end Dubai Superseries Finals." After spliting with Gopichand following a loss at the Copenhagen World Championship in 2014, Saina had said that her off-court planning was not fructifying as she was losing to top players such as China's Li Xuerui. Saina said she has started playing in Hyderabad from yesterday, but because she has some pain in her leg, she will start full training from September 7. "I am playing in hyderabad, but because I have some pain in my leg, I will start full training from September seven," said Saina, who is suffering from a slight thigh strain. Asked if she was feeling homesick while training in Bengaluru with Vimal Kumar, Saina said, "It is not like that, but things will be much easier in Hyderabad for me." Saina credited coach Vimal for being there when she needed him the most. "Definitely, his hardwork has paid off in the last three years that Vimal sir has worked on me," she said. Saina had moved to Prakash Padukone Academy here three years ago after 2014 World Championships. Under the eyes of Vimal, she achieved the World No. 1 ranking in April 2015 and won a silver at the 2015 World Championship before suffering a knee injury ahead of Rio Olympics last year. It was only the second time that an Indian had achieved the top ranking after Prakash Padukone achieved the feat in 1980.
« Back to LIVE