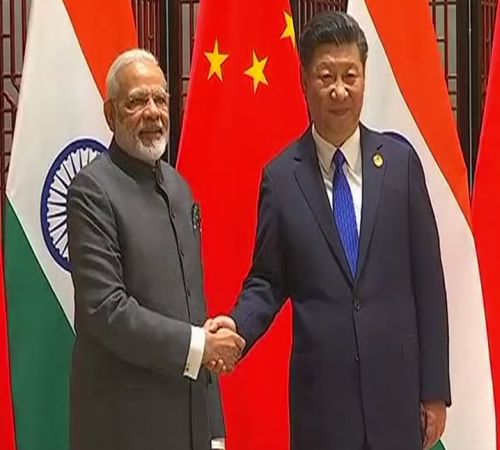 Prime Minister Narendra Modi meets Chinese President Xi Jinping in Xiamen on the sidelines of BRICS 2017. "I congratulate you for the successful execution of BRICS Summit," the PM said at the bilateral meet with Chinese President Xi Jinping. Jinping tells the PM that China is prepared to work with India to seek guidance from the five principles of Panchsheel. The Chinese delegation comprised President Xi Jinping, Chief Spokesperson Lu Kang, Foreign Minister Wang Yi and State Councilor Yang Jiechi. "India and China are each other's major neighbors, we are also two of the world's largest & emerging countries," Xi Jinping said.

This is PM Modi's first meet with Xi Jinping after the Doklam standoff.
« Back to LIVE