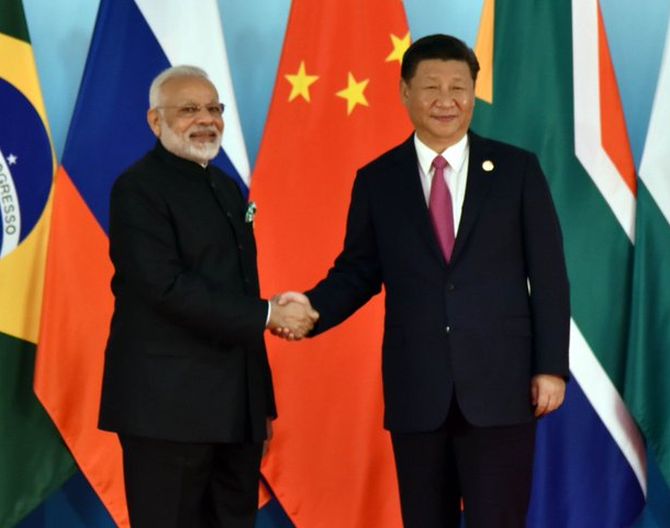 India used quiet diplomacy to convince China, Russia, Brazil and South Africa today to join it in collectively censuring Pakistan-based terrorist groups for the first time, a year after public bombast from Prime Minister Narendra Modi had failed to yield the same result. The Brazil-Russia-India-China-South Africa (Brics) grouping named the Jaish-e-Mohammad, Lashkar-e-Toiba and the Haqqani Network as common concerns in a declaration after a series of meetings between the leaders of the five countries in the eastern China city of Xiamen. Read more
« Back to LIVE