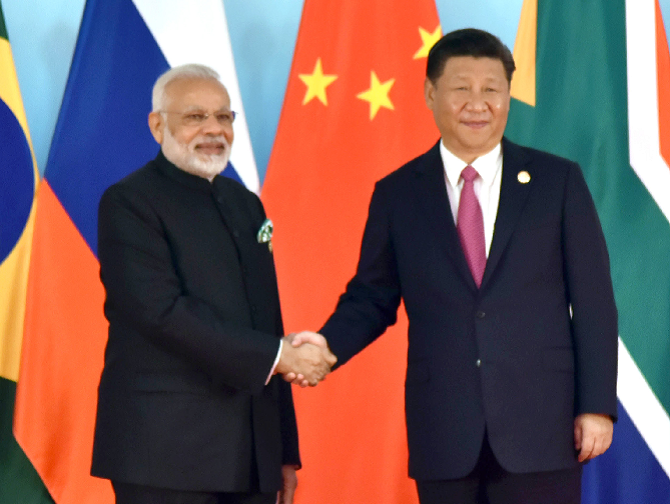 Foreign Secretary S Jaishankar on the Modi-Xi meet. Highlights of the press conference.

-- The discussions were constructive.

-- It was agreed at Astana that we will not let differences become disputes, that was reaffirmed.

-- Both agreed that concrete steps should be taken to resolve recent issues.

-- The meeting lasted little more than an hour. It was mainly on BRICS related issues.

--  Important point made during meeting was peace and  tranquility in the border area is prerequisite for further development of relationship.

-- Counter terrorism issues were taken up during the course of BRICS, they were not discussed in this meeting.

-- Both of us know what happened this was not backward looking conversation it was forward looking.
« Back to LIVE