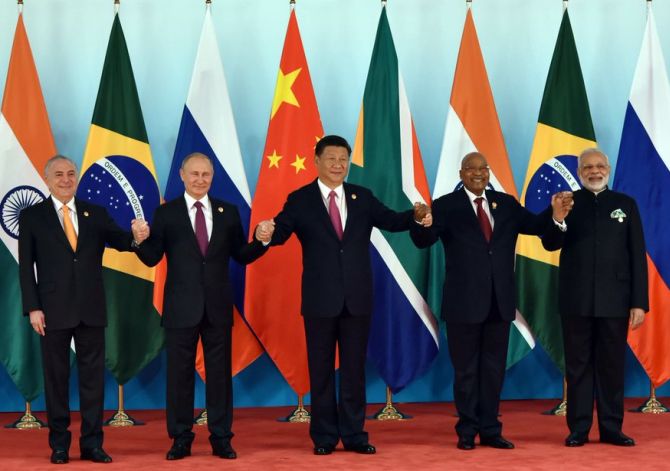 Defense experts have deemed the BRICS Summit 2017 as a diplomatic victory for the country after a joint declaration condemned terrorism and included Pakistan based terrorist organizations in it.


While speaking to ANI on the same, defense expert PK Sehgal said, "It is a diplomatic victory for India. China has been forced to condemn terrorist based organizations. Should China actually walk the talk, it will signal a change of China's stance towards Pakistan and terrorism.


''He conceded that China was forced to incline towards India's stance on terrorism because of the pressure they faced."China is playing a double game and was caught on the back foot. Because of Doklam and other issues, everyone was supporting China and they had to agree to the joint communique to make sure that the BRICS summit didn't fail," he said. -- ANI
« Back to LIVE