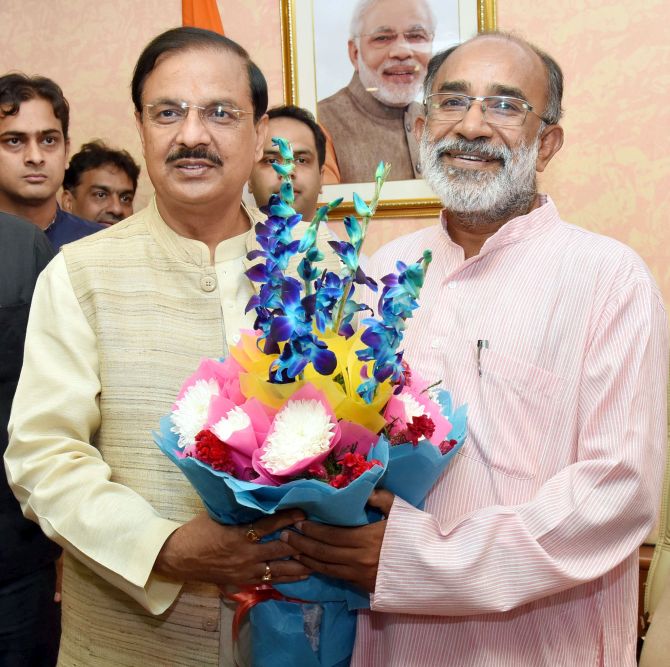 On the first day in his new office as tourism minister, bureaucrat-turned-politician Alphons Kannanthanam touched upon the controversial issue of beef, saying it would continue to be consumed in Kerala.
The 1979 Kerala cadre officer said that the BJP had never said that beef cannot be eaten.
"As Goa chief minister, Manohar Parrikar has said that beef will be consumed in the state. Similarly, it will be consumed in Kerala," he said.
"The BJP does not mandate that beef cannot be eaten. We don't dictate food habits in any place. It is for the people to decide," he said.
Kannanthanam said if a BJP-ruled state like Goa was eating beef, there should be no problem in Kerala.
Image: Dr Mahesh Sharma greeting the new Minister of State (Independent Charge) for Tourism, Alphons Kannanthanam, in New Delhi on Monday.
« Back to LIVE