« Back
After lookout notice, Haryana Police search for Honeypreet near Nepal border
September 05, 2017  16:13 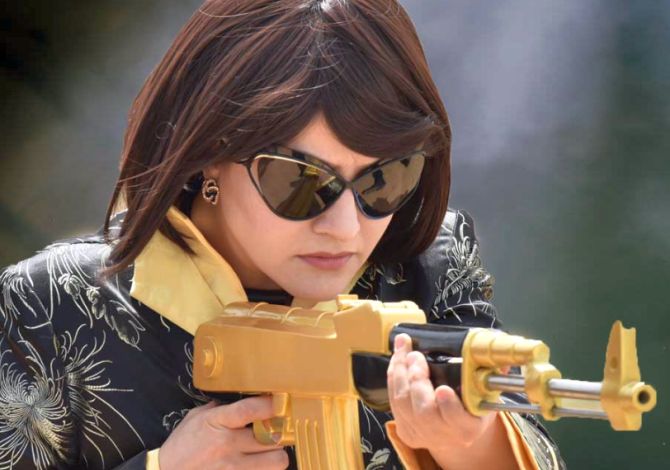 The Haryana Police went looking for Dera Sacha Sauda chief Gurmeet Ram Rahim Singh's close aide Honeypreet Insaan in Kheri as she was suspected to have left for Nepal through the porous border.
Additional Superintendent of Police Ghanshyam Chaurasiya confirmed the arrival of two Haryana police personnel at Gaurifanta border in Kheri.
Chaurasiya said that the Haryana Police had shared some information with the Gaurifanta Police and inquired about her suspected movement towards the neighbouring country through the porous India-Nepal border.
"However, when no clue about Honeypreet's departure for Nepal could be gathered, the Haryana Police returned," the ASP said.
He said an unclaimed vehicle bearing the registration number of Punjab was seized from the border and an investigation is being done to ascertain its ownership and its connection with Honeypreet.
Honeypreet is the adopted "daughter" of Gurmeet Ram Rahim Singh whose conviction in a rape case triggered mob violence that killed 36 people across Haryana.
She had accompanied the Dera head when he was brought to the special CBI court in Panchkula for the pronouncement of the verdict in a 15-year-old rape case. She also travelled along with him in a special chopper which ferried them to Rohtak from Panchkula after the conviction.
The police had issued a lookout notice against Honeypreet who has emerged as the Dera head's likely successor to head the controversial sect.
« Back to LIVE