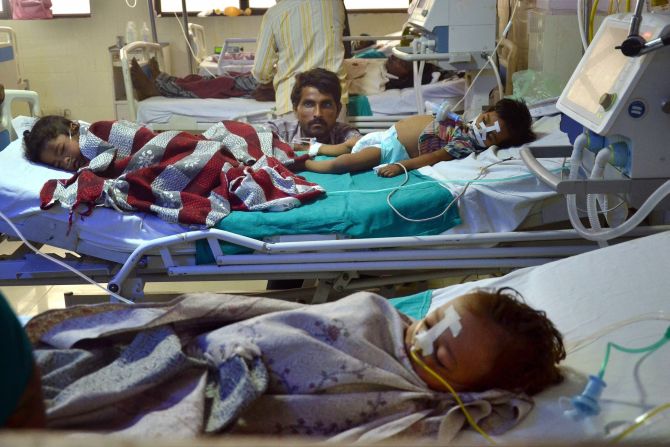 Twenty four more children died in the BRD Medical College hospital in Gorakhpur during the past 48 hours, officials said.
Newly-appointed principal of the college Dr PK Singh said that nine children died on Sunday while 15 others died in the various wards of the hospital on Monday.
With this the toll in the BRD college hospital has gone up to 1,341 so far this year, he said.
Singh said that all out efforts were being made to improve the medical facilities in the BRD Medical College, which has been in the news over the scores of deaths of children last month.
As many as 24 new warmers, which are used for the benefit of new borns, have been provided by the government taking their number in the hospital to 40, he said.
These warmers have been installed at various places in the hospital, he said.
Similarly, the hospital has got 18 new paediatricians who are working to provide better medical care round the clock, the principal said.
These new doctors are on call from other medical colleges as well as from the PMS, he said, adding that these include 10 junior residents, seven medical officers and one professor.
« Back to LIVE