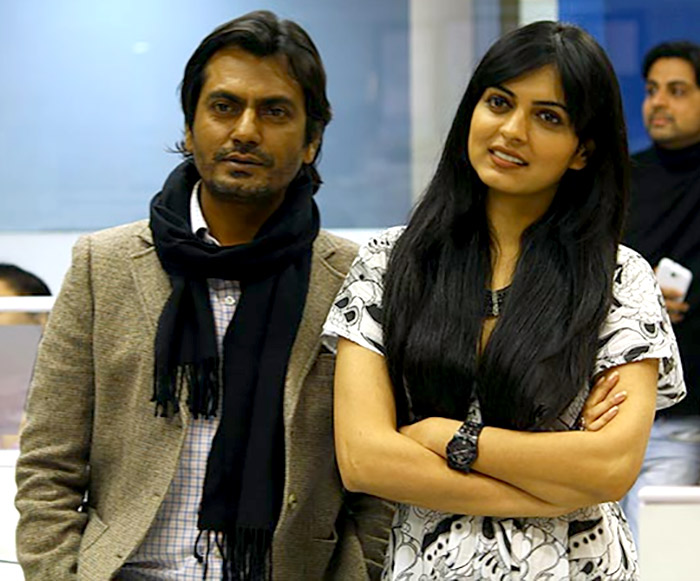 Actor Nawazuddin Siddiqui announced that he is withdrawing his biography, An Ordinary Life: A Memoir, few days after its release, following the heavy criticism he received as repercussion of the affairs he has documented.
The move has come soon after a Delhi based advocate Gautam Gulati filed a complaint against Nawazudding in the National Commission for Women for outraging the modesty of his Miss Lovely co-star, Niharika Singh.
Nawazuddin has been accused of misrepresenting facts in his book by his former girlfriends Sunita Rajwar and his Miss Lovely co-star Niharika Singh.
In a tweet, the 43-year-old actor posted an apology for hurting sentiments, adding he regrets the inconvenience caused by the "chaos".
"I m apologising 2 every1 who's sentiments r hurt bcz of d chaos around my memoir #AnOrdinaryLife. I hereby regret & decide 2 withdraw my book (sic)," Nawazuddin tweeted.
Speaking to Rediff.com, Hemali Sodhi, Senior Vice-President, Marketing, Penguin India has confirmed that the publishing house has withdrawn the book but would make no further comment on the matter.
An Ordinary Life: A Memoir, co-authored by the actor and Rituparna Chatterjee, was made available for online purchase on October 25.
In a statement issued to media, Niharika said, "Nawaz and I had a brief relationship during the making of Miss Lovely that lasted less than a few months. He obviously wants to sell his book and it would appear that he is willing to exploit and disrespect a woman just to do so. He has chosen to fabricate stories and manipulate a fleeting relationship. None of what he has written has been to my knowledge, let alone my consent. It is this very aspect of Nawaz that caused me to end my relationship with him in the first place."
Read: 'Nawazuddin is willing to exploit and disrespect a woman'
Image: Nawazuddin Siddiqui with Niharika Singh. Photograph: Hitesh Harisinghani/Rediff.com
« Back to LIVE