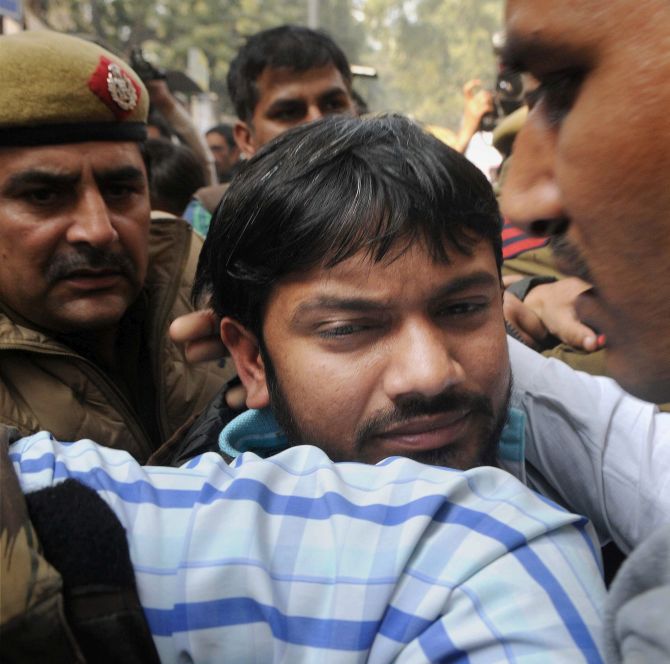 Former JNU students' union president Kanhaiya Kumar is likely to contest the 2019 Lok Sabha polls from the Begusarai seat in Bihar on a CPI ticket.


"The party is considering fielding Kanhaiya Kumar from the Begusarai Lok Sabha seat or any other seat in Bihar for the next Lok Sabha polls," CPI state secretary Satayanarayan Singh confirmed.


Kanhaiya hails from the Begusarai district, which is considered a stronghold of the CPI.


Singh clarified that the CPI has not formally decided to field Kanhaiya Kumar in the Lok Sabha polls, but the party is under tremendous pressure from the leaders and workers from different Lok Sabha constituencies including Begusarai, to field him.


"Kanhaiya is ready and has agreed to contest the polls as a CPI candidate," Singh said and added that Kanhaiya had visited his village and met party workers in his village.  At present, Bhola Singh is the BJP MP from Begusarai. Interestingly, both Kanhaiya and Bhola Singh belong to the powerful upper caste Bhumihars.


According to CPI leaders, the party is likely to join hands with the RJD and the Congress to contest the 2019 polls.


Earlier,it was reported that Kanhaiya may contest from a Lok Sabha constituency in Kerala, a stronghold of left parties.