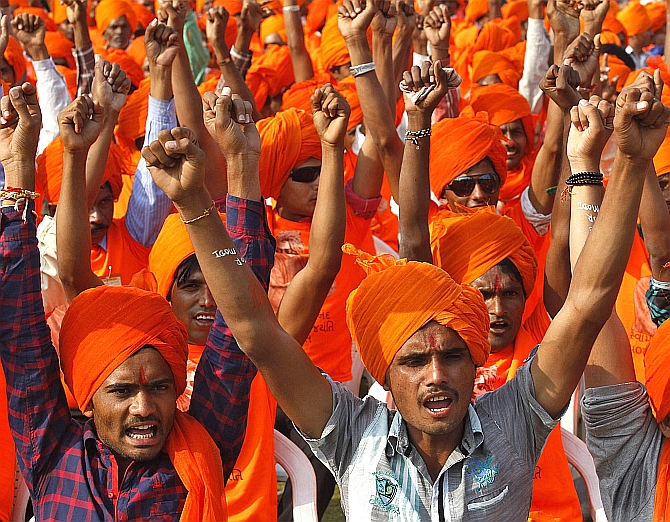 'Hindutva,' explained Vinayak Damodar Savarkar in 1923, is 'not a word, but a history.' It was introduced in a lengthy pamphlet, Essentials of Hindutva, which Savarkar wrote on the walls of his prison cell, and re-published in 1928 under the new title Hindutva: Who is a Hindu? 'A Hindu,' Savarkar declared, 'means a person who regards this land of Bharat Varsha''" a name for ancient India used in the Puranas, a set of foundational Hindu texts -- 'as his Fatherland as well as his Holy-Land, that is the cradle land of his religion.'  Read more
« Back to LIVE