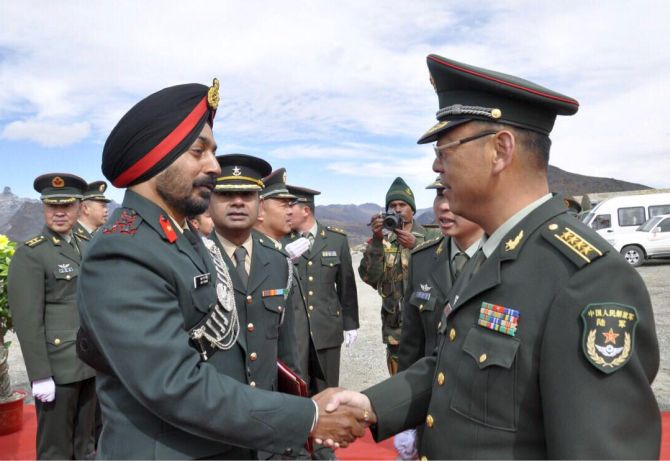 Army personnel of India and China today held a meeting at Bum La Pass in Tawang and resolved to maintain peace and tranquillity along the Sino-India border.
A border personnel meeting was organised by the People's Liberation Army at the historic Bum La pass in Arunachal Pradesh, a senior army official said.
The Indian delegation was led by Brig M P Singh while the Chinese delegation was headed by Sr Col Liu Jiang Xun.
The meeting commenced with the hoisting of national flags and the rendition of national anthems of both countries.
The delegations interacted in a free, congenial and cordial environment and renewed commitments in maintaining peace along the Line of Actual Control. -- PTI
« Back to LIVE