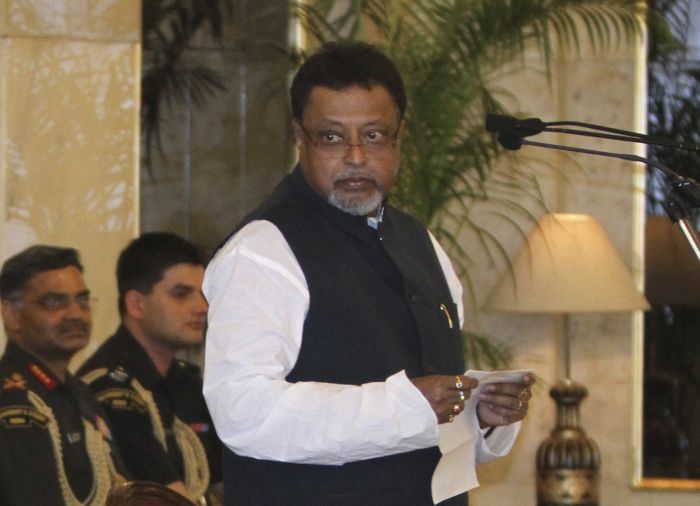 "Finally, I am going to hand over my resignation to the Vice President on October 11 and then I will tell the people of this country why I decided to end my long political innings with the Trinamool Congress (TMC), the party I founded with many others," Roy told reporters.

Though Roy has not yet divulged his future plans, but he is meeting leaders of various parties during his stay in Delhi.

Roy said that though the meeting with Vijayvargiya was not scheduled, the BJP leader did enquire about his future plans.

He also had a meeting with Finance Minister Arun Jaitley yesterday.

Chowdhury said that Roy has not proposed to join the Congress now, but claimed that he had done so earlier.

"Rahul Gandhi himself had enquired about what Mukul is doing? I told him that he is a leader with potential," Chowdhury told PTI.

Chowdhury said that the Congress earlier had reservations on Roy joining the party because of the cases against him.

Once the second-in-command in the TMC after Chief Minister Mamata Banerjee, Roy was suspended for six years for 'anti-party activities' following his announcement on September 25 that he would resign from the party after Durga Puja.

The TMC had accused him of hobnobbing with the BJP.  -- PTI
« Back to LIVE