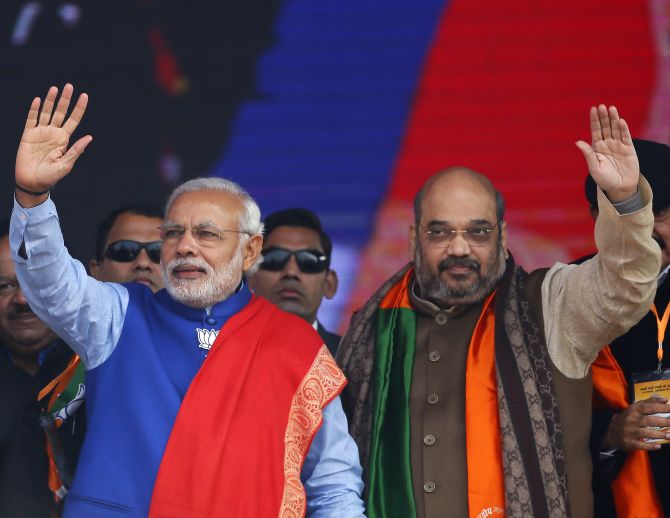 Congress vice president Rahul Gandhi pressed Prime Minister Narendra Modi to "say something' on claims in a media report that a company owned by BJP chief Amit Shah's son saw a huge rise in its turnover after his party came to power in 2014.


"Modiji, 'Did you act as a watchman or were you a partner? Please say something,' Gandhi said on Twitter.In another broadside against the BJP, the Congress leader had said yesterday, "We finally found the only beneficiary of Demonetisation. It's not the RBI, the poor or the farmers. It's the Shah-in-Shah of Demo. Jai Amit.'


He had also tagged a copy of the news report on the issue in his tweet.


According to the report on a website, the turnover of Jay Amit Shah-owned Temple Enterprise zoomed by around 16,000 times during 2015-16 from around Rs 80 crore in the previous year. The charge was rejected by the BJP and Shah's son, who termed the story "false, derogatory and defamatory'.