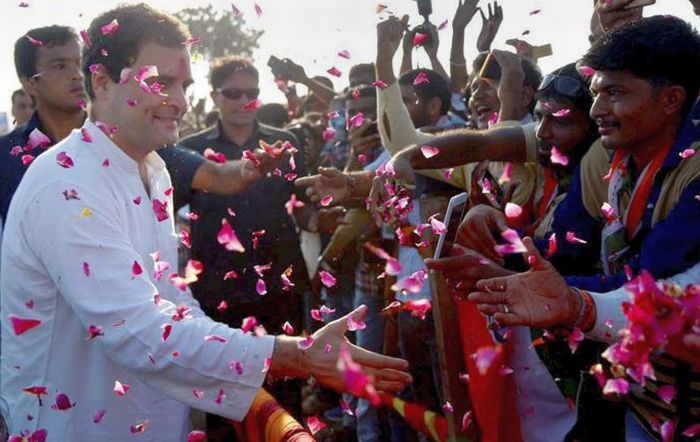 Congress vice-president Rahul Gandhi on Monday cornered Prime Minister Narendra Modi and the BJP Government in Gujarat over the development achieved in the state, likening it to a person and saying it had gone berserk.


He also said that Prime Minister Modi's Gujarat model is a complete failure and the state is aware about this.


The Congress vice-president further assured the people of Gujarat that if the party manages to form a government in upcoming elections, only then would the development be achieved.Further targetting Prime Minister Modi's monthly radio address 'Mann ki Baat', Rahul said, "Not only will we say our 'Mann ki Baat', we will also listen to yours."


Rahul's comments have come in the build up to the the much awaited assembly elections in Gujarat, which will be held towards the end of 2017 or January, 2018.


The dates will be announced officially by the Election Commission few months prior to it. -- ANI
« Back to LIVE

Australia opted to bat on a bright and sunny afternoon with a packed house witnessing the title clash of the first ever women's cricket competition in CWG history.