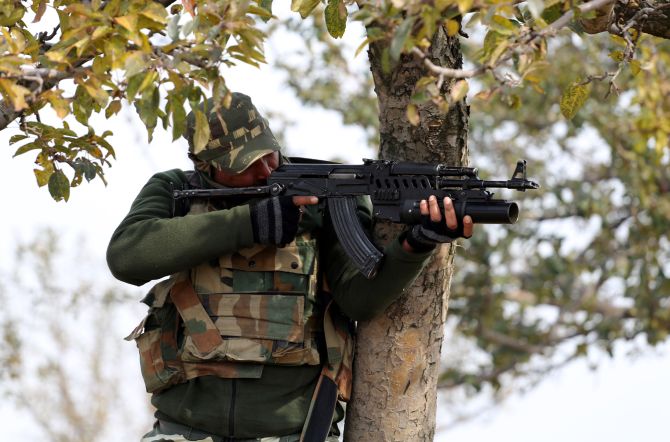 One Hizbul Mujahideen terrorist was killed during an encounter between security forces and terrorists in Shopian district of Kashmir.
According to media reports, two more terrorists have been holed up in the area.
A gunbattle broke out this afternoon between terrorists and security forces in Shopian district of Kashmir, police said.
The exchange of fire is going on between the two sides, a police spokesman said.
He said further details of the incident are awaited.
Image used along with is used for representation purposes only
« Back to LIVE