« Back
US Secret Service turns Hyderabad into fortress ahead of Ivanka Trump's visit
November 22, 2017  09:16 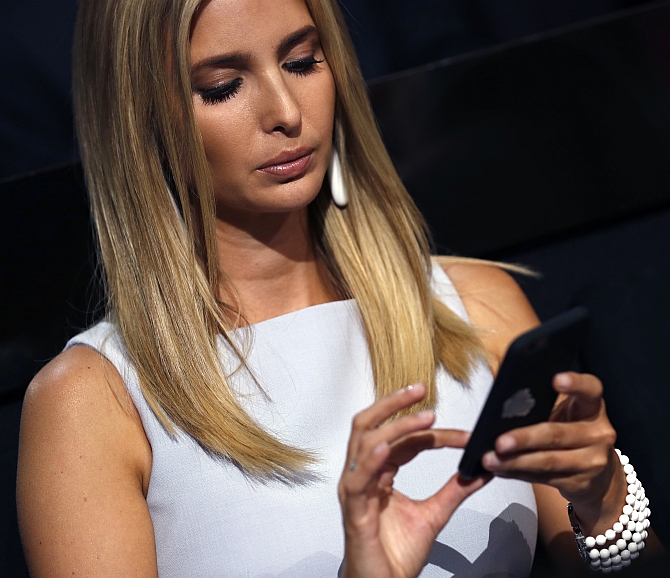 In order to avoid any security breach ahead of Ivanka Trumps visit to Hyderabad, US Secret Service team is in the city touring venues and reviewing security arrangements.
In the run up to the Global Entrepreneurship Summit in Hyderabad, Telangana government has also stationed 1,000 security personnel to guard the IT corridor that will host US President Donald Trumps daughter and Prime Minister Narendra Modi.
Ivanka, advisor to the President, is heading the US contingent to the summit that will host 1,500 young entrepreneurs from 150 countries.
Due to the high threat perception, the US and Indian agencies are taking special measures to ensure tight security for the event.
According to police officials, a multi-layer security will be put in place. "The most inner cordon, in close proximity to Ivanka Trump, will be looked after by US Secret Service, followed by the Special Protection Group and the intelligence security wing. The outer cordon will be taken up by Telangana Police, which will include highly trained Octopus, Greyhounds, task force, etc," said an official.
Extra security arrangements have been made in the Old City area, where Ivanka and other delegates will proceed for dinner hosted by PM Modi at Falaknuma Palace, a Taj property.
The police have already conducted search operations in the locality and advised locals not to allow strangers till the completion of the summit.
« Back to LIVE