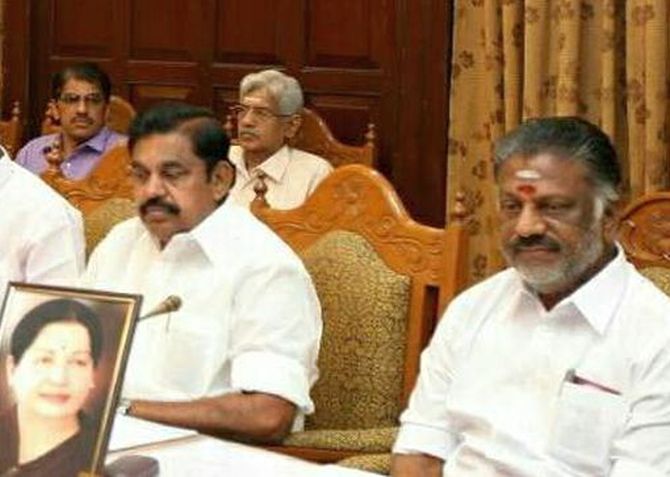 Unified AIADMK MP V Maitreyan today hinted at discontent among leaders of the erstwhile factions led by E K Palaniswami and O Panneerselvam which merged over three months ago.


"It has been three months now since the merger of EPS-OPS faction. Months are passing by, what about hearts?," Maitreyan, who is a member of Rajya Sabha, said in his Facebook post.


Asked about his remarks, Maitreyan, who was in the OPS faction, said he had already expressed his views and did not wish to say anything more. Senior party leaders K P Munuswamy and Manoj Pandian refused to comment on Maitreyan's remarks.
« Back to LIVE