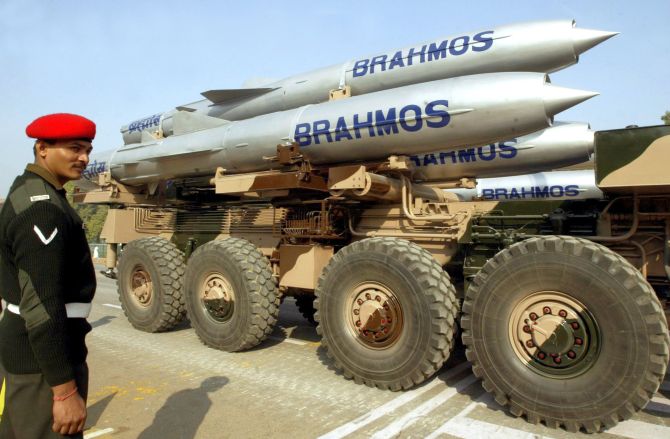 In a major milestone, the Brahmos supersonic cruise missile was on Wednesday test- fired for the first time from a Sukhoi-30MKI fighter jet of the Indian Air Force. The missile hit a sea-based target in the Bay of Bengal from the combat jet. "The successful maiden test firing of Brahmos Air Launched Cruise Missile from Su-30MKI will significantly bolster the Indian Air Force's air combat operations capability from stand-off ranges," the defence ministry said.
« Back to LIVE