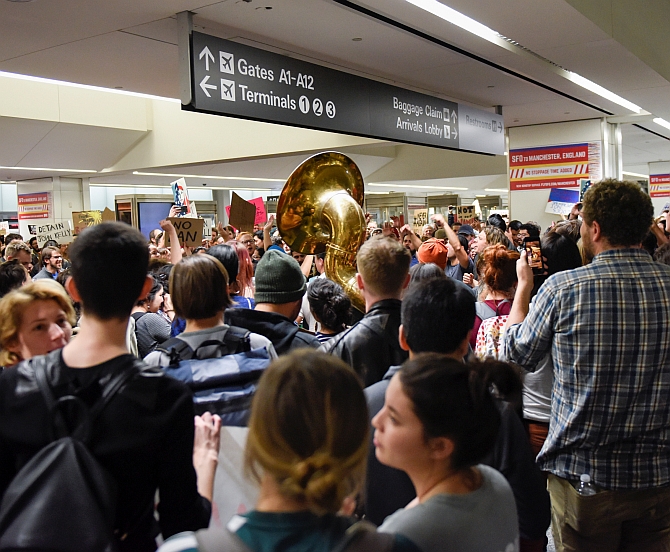 In a unique move, the Centre has decided to hire 550 ex-paramilitary personnel to bolster manpower of short-staffed immigration counters at airports, including the Indira Gandhi International Airport in New Delhi.


The Intelligence Bureau has written to various Central Armed Police Forces seeking nomination of their recently retired officials in the rank of sub-inspector.


Officials privy to the move said the aim of the first-of-its-kind move is to boost the strength of Bureau of Immigration as passenger traffic sees a rise every day at international airports.


Passengers have to stand in long queues for obtaining immigration clearance, especially at IGI, one of the most busiest airports. Ten new immigration counters were recently made operational in the departure area of the IGI airport after passengers complained of arduous queues. The home ministry subsequently had to make an intervention in the matter.
« Back to LIVE