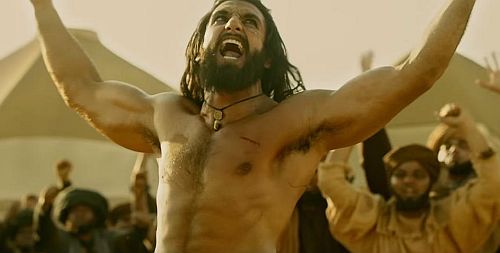 Gujarat Chief Minister Vijay Rupani on Wednesday said his government will block the release of the Bollywood movie, Padmavati, in the state, because "we cant allow our history to be distorted".

This makes Gujarat the fourth state to oppose the film's release, after Rajasthan, UP and MP, all BJP-led states.


"The Government of Gujarat will not allow #Padmavati a movie hurting sentiments of Rajputs to get released in the State. We cant allow our history to be distorted. We believe in freedom of speech & expression but any foul play with our great culture is not tolerated, Rupani tweeted.


Rajputs and other fringe groups have been staging protests across the country demanding for a ban on the period film.


Adityanath said the director was no less guilty than those issuing threats of beheading to actors involved with the film. He asserted that if there was any action, it will be against both the sides.


The CBFC is yet to certify the film. Film producers Viacom, however, had voluntarily deferred the release date.
« Back to LIVE