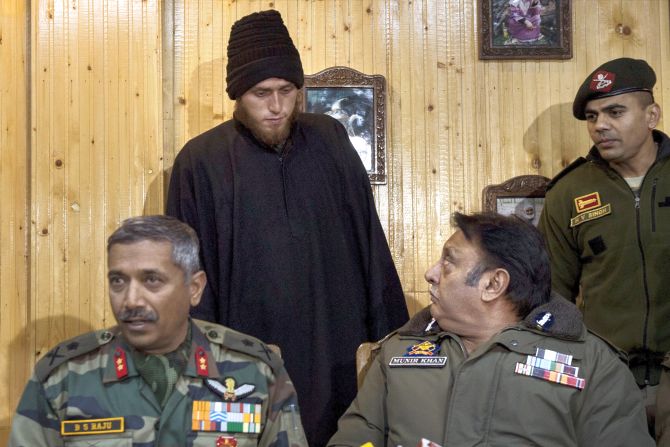 Union Minister of State for Home Affairs Hansraj Ahir on Thursday said efforts were being taken up by the government to bring the youth back to the right track in Jammu and Kashmir.


Ahir's statement has come in the wake of reports of the Ministry of Home Affairs asking the Mehbooba Mufti-led government in Jammu and Kashmir to consider withdrawing cases against first-time offenders involved in stone-pelting incidents in the valley.


Ahir told ANI, "We are taking up measures so that the youth, who have digressed from their paths come back on the right track. Those who have resorted to stone-pelting for the first time will be brought to mainstream.


"This is not hidden that Pakistan provokes the youth of Kashmir and funds all the wrongdoings. Since the NIA raids were conducted in various offices of the separatists, these people have not been funded," added Hansraj.


It was reported yesterday that the Centre was keen on announcing the amnesty scheme for stone-pelters in the Kashmir Valley on the suggestion of its special representative Dineshwar Sharma, and reportedly, over 4,500 cases against the youth involved are likely to be dropped.  -- ANI


Image: Majid Arshid, the footballer-turned militant, being presented before the media last week during a joint press conference at Awantipora in Pulwama district of south Kashmir. Photograph: S Irfan/PTI Photo
« Back to LIVE