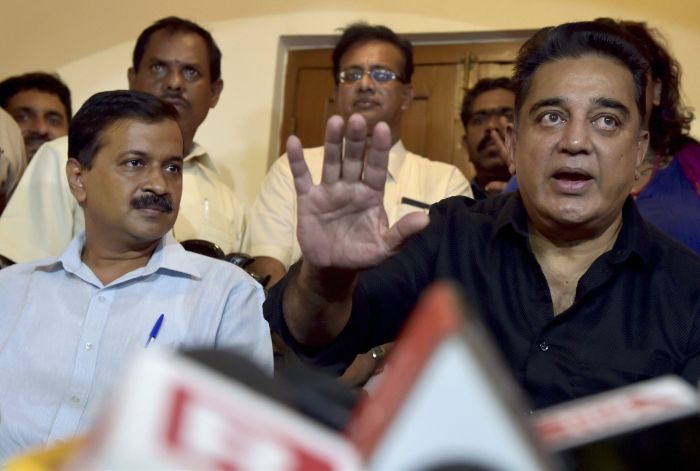 The application was moved in the court of Additional Chief Judicial Magistrate Sudhakar Dubey by lawyer Kamlesh Chandra Tripathi in Varanasi on Friday.

The court today decided to hear the matter on November 22, Tripathi said.

The complaint has accused Haasan of hurting religious sentiments of the Hindus by making the 'inflamatory and derogatory remark of Hindu terrorism'.

It has sought a directive asking the actor to refrain from making such a remark given the public following he has.

This remark has 'deeply hurt' the sentiments of scores of people following Hindu religion, it added.

Tripathi, in his application, has sought lodging of a case under the Indian Penal Code against Hasaan for alleged defamation and causing hurt to religious sentiments.  -- PTI
« Back to LIVE

'Our audience keeps us on our toes'

'There is no way they would accept any repetition from us. 'The audience constantly needs to be surprised, and I need to surprise myself too.'

Alto, the Maruti brand synonymous with small cars, introduced the new generation K10 on Thursday, aiming to consolidate its position further amid shrinking demand for hatchbacks. With prices starting at Rs 399,000 and going up to Rs...

Conspiracies will not break him or deter his resolve to continue to work for good education, Delhi Deputy Chief Minister Manish Sisodia said on Friday as the CBI conducted raids at his residence and 20 other places.