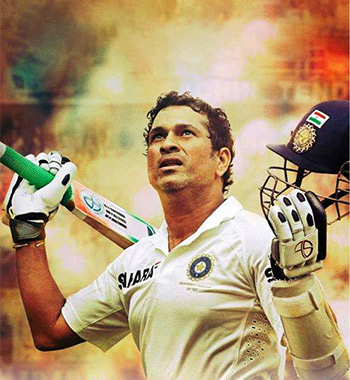 "Sachin: A Billion Dreams", a docu-drama on the life of cricket icon Sachin Tendulkar, has been made tax free in Madhya Pradesh.
The decision was taken by the Madhya Pradesh government, the state's finance minister Jayant Malaiya said.
The docu-drama has earned Rs 8.6 crore at the box office on its first day, according to its distributor.
Directed by James Erskine and produced by Ravi Bhagchandani, the film gives fans a glimpse into Sachin's personal life besides his achievements in the cricketing arena.
The movie was released in Hindi, Marathi, Tamil, Telugu and English, yesterday.
The film has been previously declared tax free in Odisha, Kerala, Chhattisgarh and Maharashtra.
« Back to LIVE

From Kerala to Uttarakhand, what's causing heavy rains across India

Climate experts also warn the intensity of rains in Kerala and Uttarakhand is "alarming" and must draw immediate attention towards "climate emergency".

Meanwhile, Prime Minister Narendra Modi expressed anguish at the loss of lives in Uttarakhand and noted that rescue operations are underway to help the affected.

Bangladesh kept their hopes of advancing to Super 12s stage alive with a nervy 26-run win over co-hosts Oman in their Group B match of the T20 World Cup in Al Amerat on Tuesday.

'Not paradise, it's hell': Migrants won't return to Kashmir again

Thousands of labourers, mostly Hindus and some Muslims, from different states arrived at railway stations and bus stands in Jammu and Udhampur after leaving the Valley.