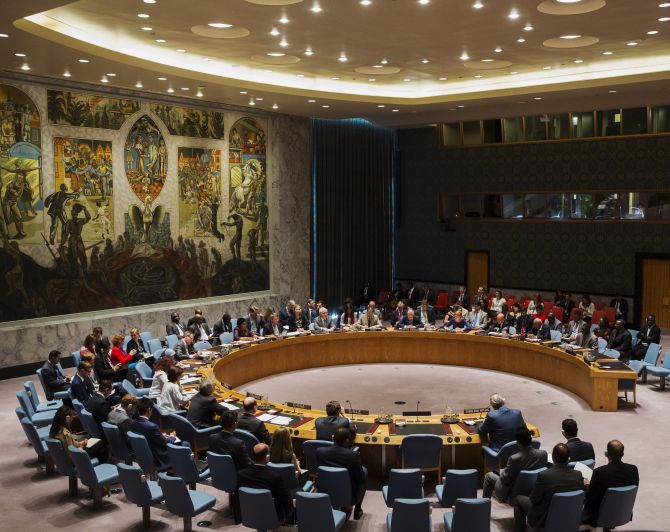 The United Nations has dismissed Pakistan Army's claim that its military observers came under attack from Indian troops near the Line of Control, saying there was "no evidence" of them being targeted.


UN Secretary General Antonio Guterres' spokesperson Stephane Dujarric said there was no evidence that an UNMOGIP (United Nations Military Observer Group in India and Pakistan) vehicle was targeted by the Indian Army along the LoC near the Khanjar sector.

In a statement, the Inter-Services Public Relations, the media wing of the Pakistan Armed Forces, had said that a vehicle carrying two officers of the UN military observer group came under attack by Indian troops during a visit to the LoC.
« Back to LIVE