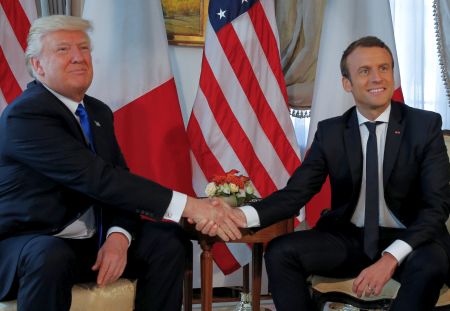 US President Donald Trump met his match in a handshake showdown with Frances new president, Emmanuel Macron.
At their first meeting, ahead of a NATO summit in Brussels on Thursday, the two men locked hands for so long that knuckles started turning white.
Trump finally seemed ready to pull away -- but Macron evidently wasnt. The French leader held the shake for a few seconds more. Both mens jaws seemed to clench.
« Back to LIVE