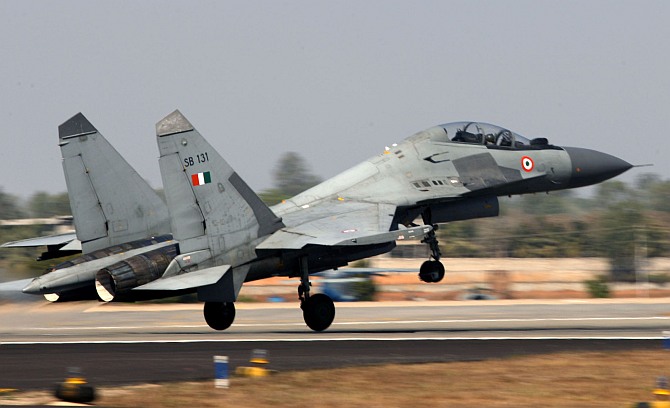 Sorties to locate the aircraft are also being carried out.

According to reports, an IAF C-130 aircraft with electro-optical payload, an Advanced Light Helicopter, and Chetak helicopters were tasked for the search operation yesterday. Su-30 aircraft with recce capability were also being utilised for locating the missing aircraft.

The rescue mission, however, was halted due to bad weather condition.

Four ground teams of IAF personnel, nine of the Indian Army and two of state administration, were deployed on different axis to scour the area.The aircraft airborne from Tejpur Air Base lost radar and radio contact approximately 60 km North of Tezpur.
« Back to LIVE