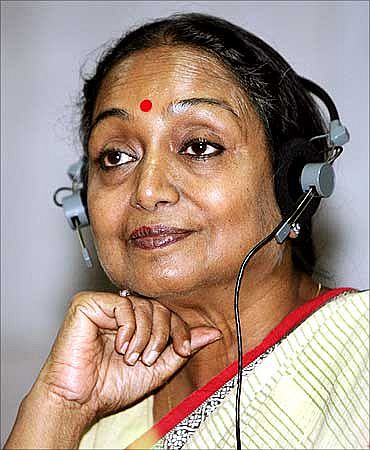 After the Opposition came down heavily on Bihar Chief Minister Nitish Kumar for supporting National Democratic Alliance presidential candidate Ram Nath Kovind, the Janata Dal-United on Monday said they wanted the Opposition to nominate a non-Congress person for the post of president.

JD-U leader K C Tyagi told ANI that most of the opposition parties wanted to nominate someone who doesn't belong to the Congress for the post of President, but the Congress didn't agree to it.

"As per the discussion we had with the leftist party in Chennai, Gopal Krishna Gandhi had to be the presidential candidate. It was just because of the Congress party's stubborn attitude and insistence this could not take place," said Tyagi.

Earlier in the day, Congress leader Ghulam Nabi Azad targeting Nitish, said people who believe in one principle, make one decision, but those who believe in many principles, make different decisions.

"He (Nitish) was the first one who decided to defeat Bihar's Dalit daughter, not us," Azad said in a reply to Bihar chief minister's statement that his party was free to take its decisions, and admonished the Opposition alliance for fielding 'Bihar ki beti' (Bihar's daughter) Meira Kumar to lose. -- ANI