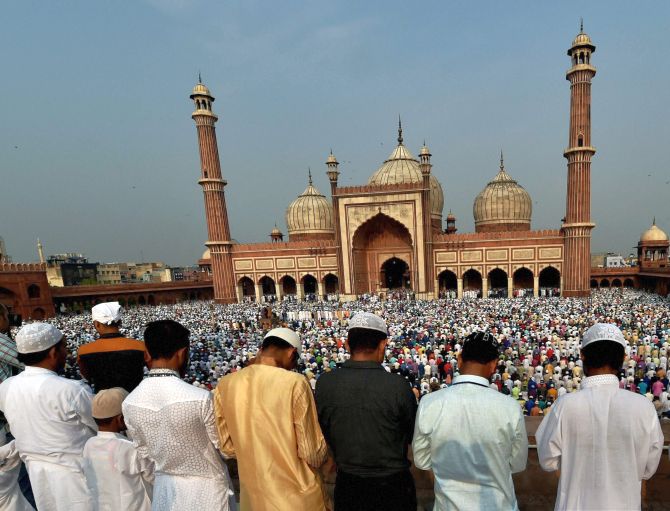 Thousands and thousands of Muslim families celebrated Eid ul-Fitr, a festival celebrated to bolster peace and brotherhood marking the end of month-long Ramzan fasts on Monday. However, the revelries were dampened by the recent spurt in instances of mob violence targeting Muslims.
Within last week, three prominent cases of mob lynching made headlines, and the victims were all from the Muslim community, with the last one being the killing of a 16-year-old boy on a train to Delhi.
Standing in solidarity, cutting across religious lines, people on social media have pitched for a unique campaign to wear a black band on their arms in protest of the government's inability to stop such incidents.
The campaign, which was started on Saturday, picked up momentum by Sunday as thousands of people from various religions came out in support of the peaceful protest.
People shared their pictures with black arm bands and hashtags #StopKillingMuslims, #StopMobLynchings and #EidWithBlackBands elicited much response on Twitter.
The call for protest was reciprocated by people across religious lines. "It is not a religious point alone, but more so of justice and unity as even those who follow religion and those who don't follow it are going to wear the black bands in solidarity on Monday," Rajeev Yadav, a Hindu, was quoted by The Times of India. Large number of clerics, socialists, and journalists have also expressed their support for the campaign.
« Back to LIVE