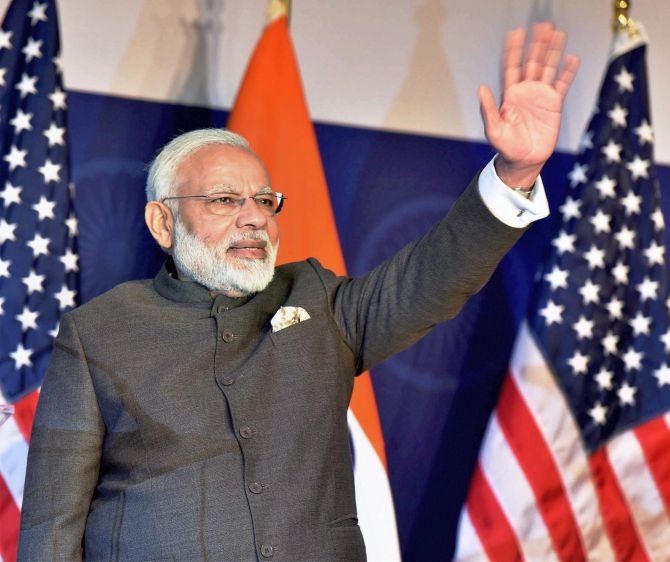 Before their working dinner at the White House tonight, US President Donald Trump and Prime Minister Narendra Modi will address reporters. In a change of plans, the US and India have changed their earlier stand of no questions allowed - instead, after a joint statement is issued on their meeting, each leader will take one question selected in advance.
At 01:20 am India time, PM Modi and Trump will begin a 20-minute one-on-one interaction. That will flow into delegation talks, with top officials from both sides joining them, after which the press briefing will be held. Then, Modi will become the first foreign dignitary to be entertained at a dinner at the White House by the Trump administration.
This is PM Modi's fifth trip to the US since he took over. His warm relationship with President Barack Obama drew the latter as the chief guest for India's Republic Day parade in 2015.
« Back to LIVE