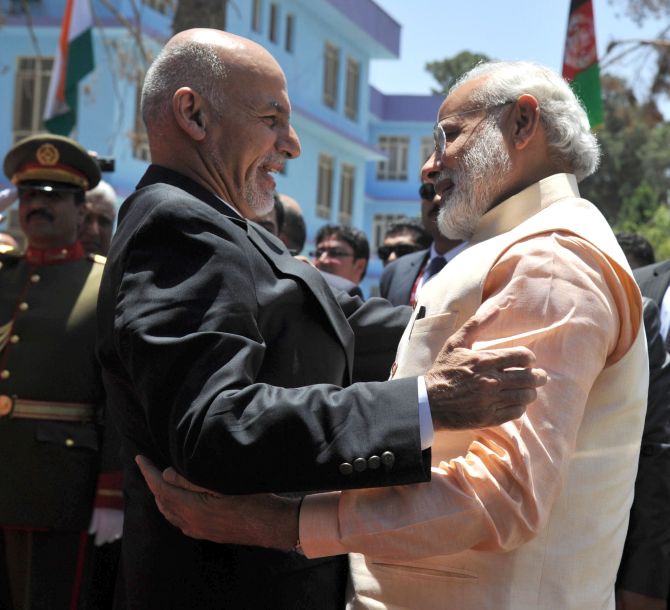 The dedicated air corridor between India and Afghanistan bypassing Pakistan is an attempt by New Delhi to counterbalance China's ambitious economic corridor via PoK and shows its "stubborn geopolitical thinking", a leading Chinese daily commented today.
India and Afghanistan last week inaugurated a dedicated air freight corridor to give boost to bilateral trade and give the landlocked central Asian country greater access to Indian markets.
India has been closely working with Kabul to create alternate and reliable access routes. It is also working with Afghanistan and Iran for development of the Chabahar Port. A trilateral transport and transit agreement based on sea access through Chabahar was signed between the three countries in May 2016.
The article in the state-run Global Times said that the already launched and the proposed routes between India, Afghanistan and Iran "begs a question: Will India bypass Pakistan to develop trade with Afghanistan and other Central Asian countries?"
"All such connectivity efforts have not only signalled India's desire to more actively participate in regional economic development, but have also highlighted the country's stubborn geopolitical thinking," the article said, referring to India's opposition to China-Pakistan Economic Corridor Project.
« Back to LIVE