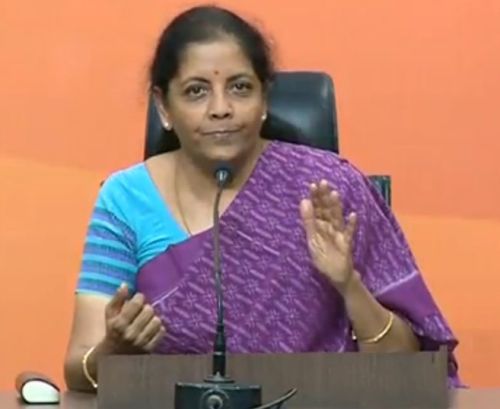 Dikshit made the remark while responding to a question about the aggressive statements made by Pakistan's Chief of Army staff Gen Qamar Javed Bajwa.

Sitharaman held a press conference today to condemn the remark saying, "Sadak ka gunda! Is that a language a senior politician uses against our Army Chief? I wonder if there is a strategy by the Congress to undermine the Indian Army," she said.

She said the Congress party consistently questioned the integrity of the Indian army to shame and demoralize them.

Dikshi had said, "It is expected that Pakistan will make such statements. But it feels bad when our own army chief speaks like a 'sadak ka gunda' (roadside thug)."

Dikshit later issued an apology and clarified that his statement was his personal opinion and did not reflect the beliefs of the Congress party.

"I genuinely believe what I said was wrong. So I apologize for it and withdraw my statement," the senior Congress leader told ANI.
« Back to LIVE

The airport authorities have requested the passengers to contact the airline concerned for updated flight information.