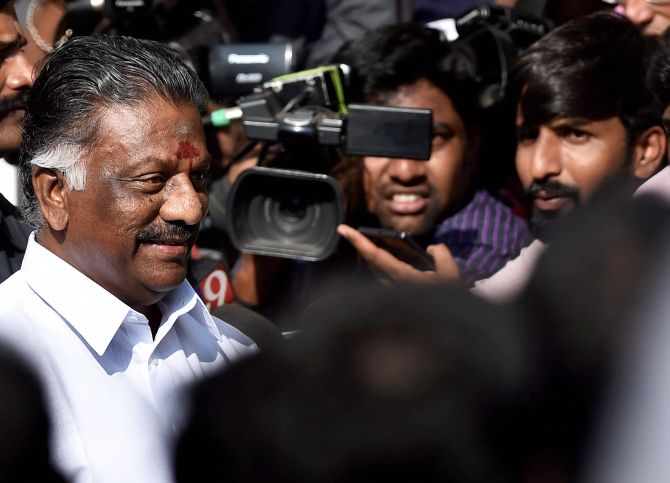 Former Tamil Nadu chief minister O Panneerselvam has dissolved the seven-member panel that he appointed for holding merger talks between two rival AIADMK groups, ending any hope of immediate unity within the party.

The Panneerselvam-led AIADMK faction has been demanding a probe by the CBI into the death of of former chief minister J Jayalalithaa.

It also sought the removal of AIADMK chief VK Sasikala and her family members, including Deputy General Secretary TTV Dinakaran, from the party as preconditions for merger talks to go ahead.

Since no visible progress was seen on these issues, it was decided by the Panneerselvam faction to call off merger talks for the time being.
« Back to LIVE