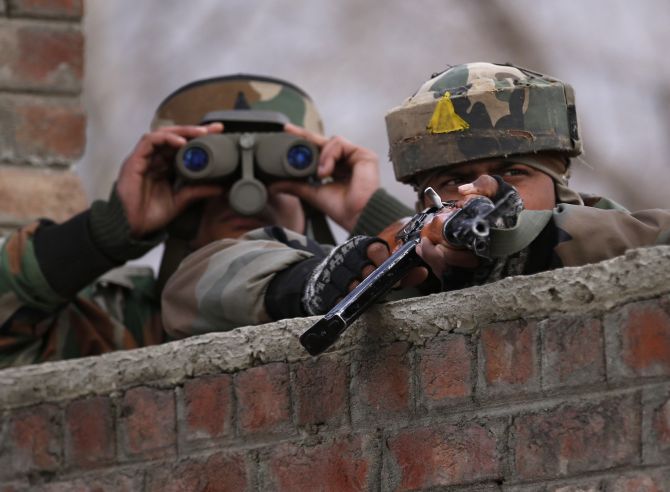 The Indian Army on Monday retaliated to an indiscriminate firing of small arms, automatics and mortars initiated by the Pakistan Army.
The firing from across the Line of Control reportedly began at around 06:20 am in Jammu and Kashmirs Krishna Ghati sector.
On Sunday, Pakistani has resorted to firing and shelling on forward posts along LoC and International Border in Rajouri and Samba districts of Jammu and Kashmir, prompting Indian troops to retaliate.
Fourteen terrorists trying to infiltrate into India from across Line of Control have been killed as infiltration attempts witnessed a dramatic rise since last Thursday.
The army said multiple infiltration attempts have been foiled near the LoC in Machil, Nougam, Uri and Gurez sectors of Jammu and Kashmir.
« Back to LIVE